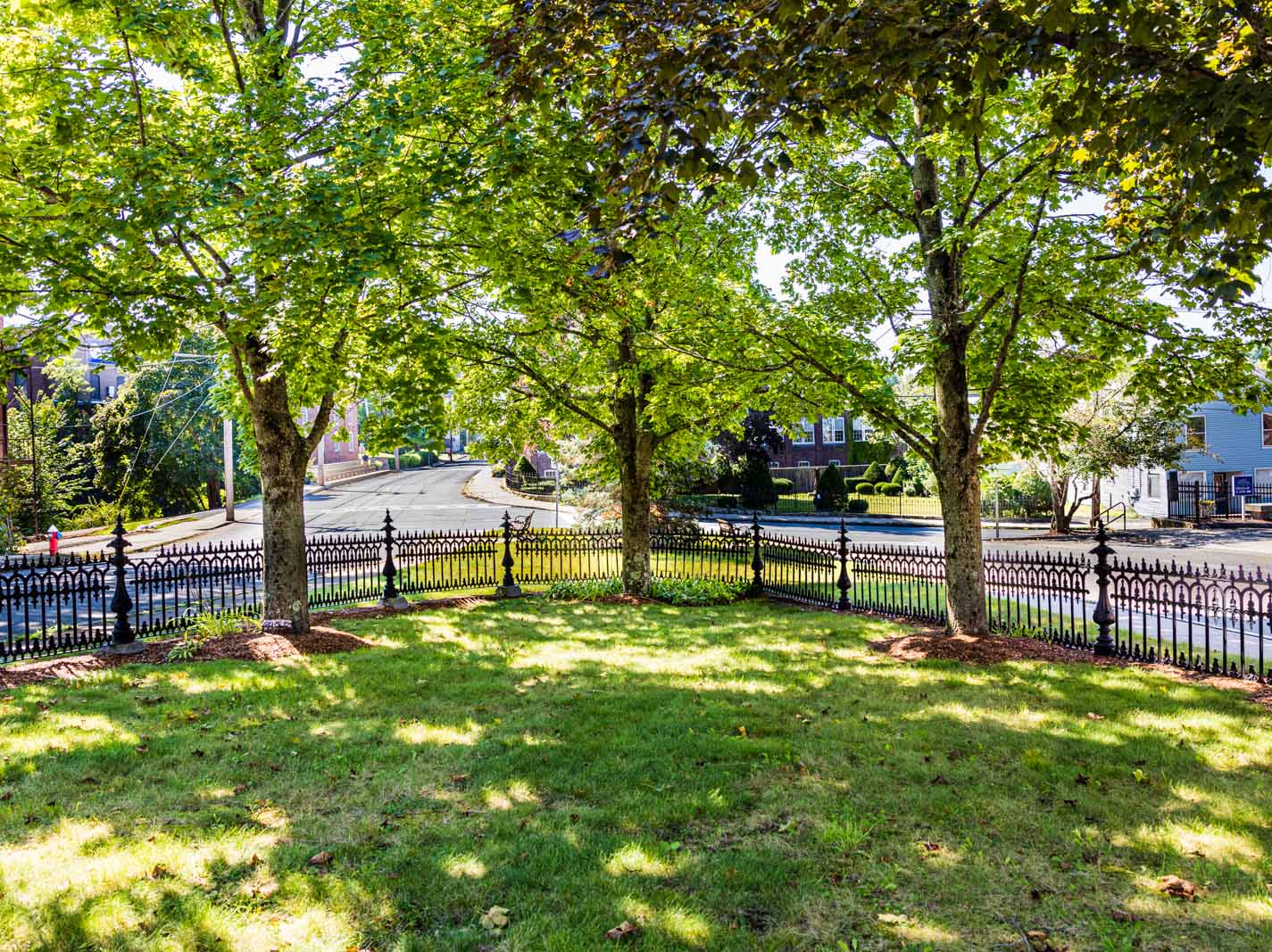 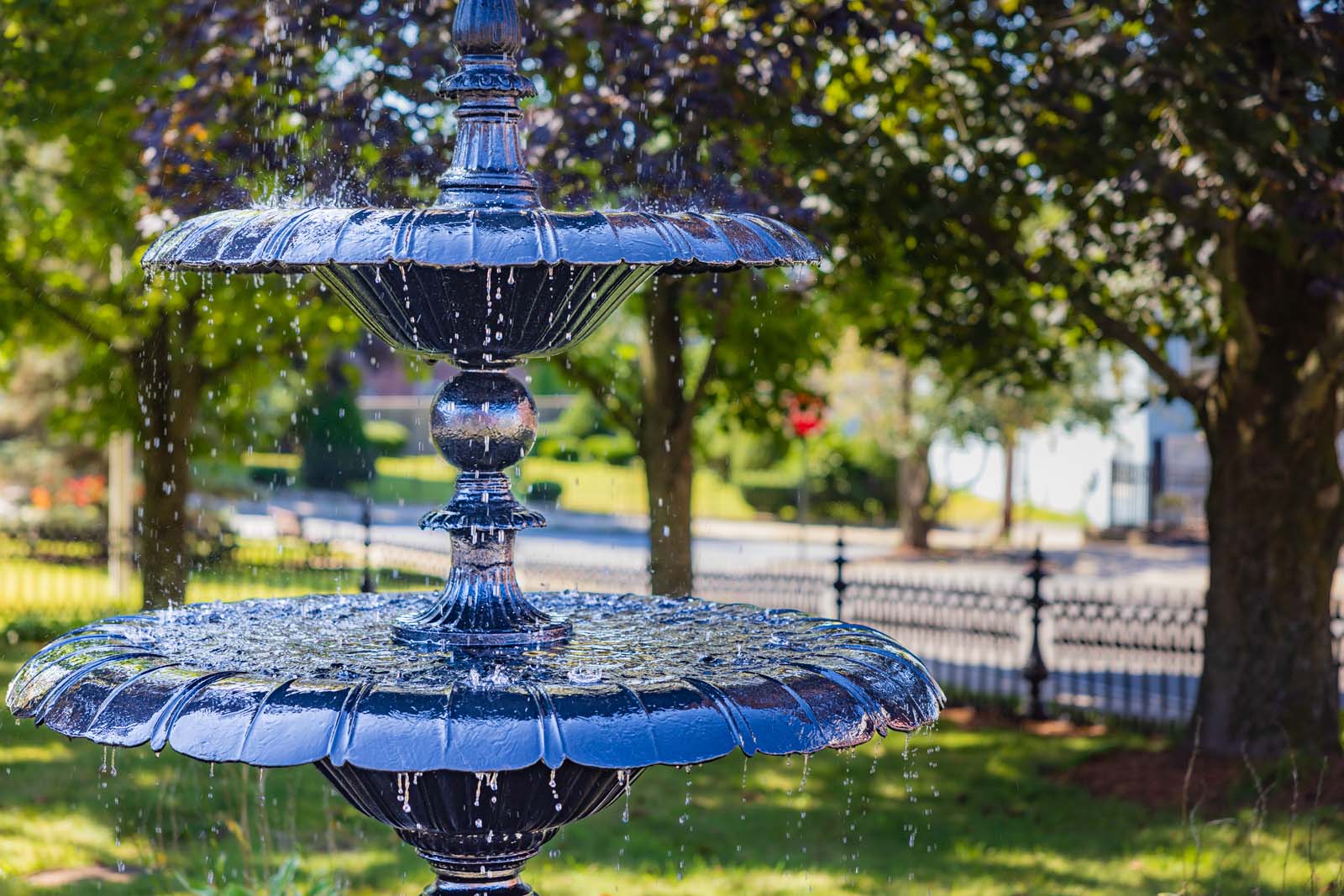 Nenameseck Square is the only portion left of the original town common in Ware. It once ran the length of Main Street along Pulaski Street (which was once called River Street) but by 1850, it had become the “cozy” common aided by the Village Improvement Act, whose members erected the ornate fence and fountain. In 2013, the fountain was restored to its former glory by the generosity of its citizens.